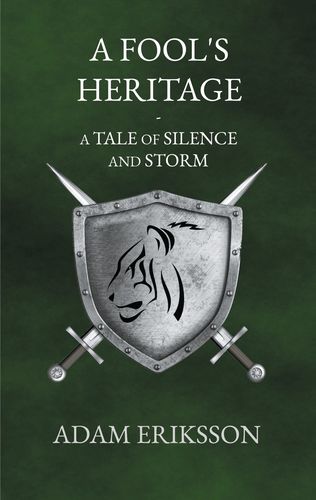 Ever since the victory over the dark princes and their white tigers, the guardians watch over the realm. Their glory days are a thing of the past, however.

While the western shores are plagued by raids of Northmen, the capital is sinking in intrigues. The guardians do what they can in the face of the fragile balance of power among the great houses and the inaction of the king, who longs for an heir. Unfortunately, a storm is approaching, just as the words of House Elsworth signify. The sudden death of a guardian sets the stage for an epic power struggle.

A Tale of Silence and Storm begins with three friends playing an innocent game of hide and seek at a small fishing village. Not far away, the queen and a guardian cross the countryside. They do not know that a longship of the Northmen is headed for the coast. What follows will interlink their and the childrens' destinies forever.
Autor/in

Adam was born in Frankfurt and loves stories that are as surprising as life itself. He did not stay in Mainhattan forever as he moved to Scandinavia and lived there for a couple of years. Afterwards, he stayed for some time in South America together with his wife until they moved back to Europe again. Adam's books are inspired by the places he has seen on his journeys on six continents.