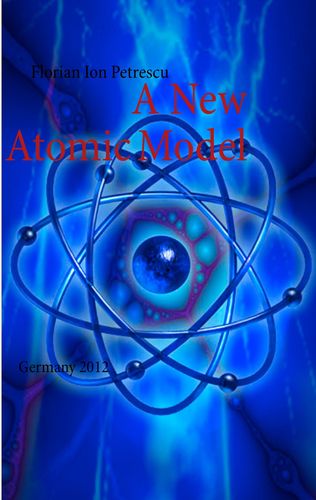 Mehr erfahren
Beschreibung
The movement of an electron around the atomic nucleus has today a great importance in many engineering fields.
Electronics, aeronautics, micro and nanotechnology, electrical engineering, optics, lasers, nuclear power, computing, equipment and automation, telecommunications, genetic engineering, bioengineering, special processing, modern welding, robotics, energy and electromagnetic wave field is today only a few of the many applications of electronic engineering.
This book presents, shortly, a new and original relation (20 & 20’) who determines the radius with that, the electron is running around the nucleus of an atom.
In the picture number 1 one presents some electrons that are moving around the nucleus of an atom.
One utilizes, two times the Lorenz relation (5), the Niels Bohr generalized equation (7), and a mass relation (4) which it was deduced from the kinematics energy relation written in two modes: classical (1) and coulombian (2). Equalizing the mass relation (4) with Lorenz relation (5) one obtains the form (6) which is a relation between the squared electron speed (v2) and the radius (r).
The second relation (8), between v2 and r, it was obtained by equalizing the mass of Bohr equation (7) and the mass of Lorenz relation (5).
In the system (8) – (6) eliminating the squared electron speed (v2), it determines the radius r, with that the electron is moving around the atomic nucleus; see the relation (20).
For a Bohr energetically level (n=a constant value), one determines now two energetically below levels, which form an electronic layer.
The author realizes by this a new atomic model, or a new quantum theory, which explains the existence of electron-clouds without spin.
Writing the kinematics energy relation in two modes, classical (1) and coulombian (2) one determines the relation (3).
From the relation (3), determining explicit the mass of the electron, it obtains the form (4).
Autor/in