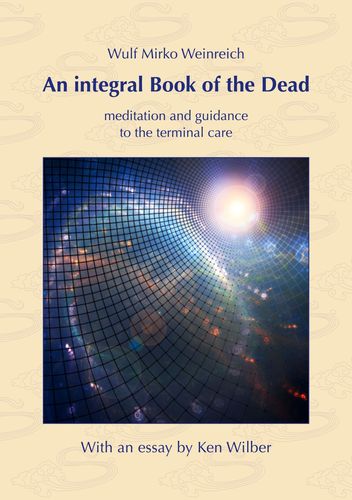 An integral Book of the Dead

meditation and guidance to the terminal care. With an essay by Ken Wilber

Mehr erfahren
Beschreibung
»The Tibetan Book of the Dead« (Bardo Thodol) is considered one of the great wisdom books of mankind. Since its metaphorical language is hard to understand for non-Buddhists, the author's concern was to carefully transfer the main contents into a modern language while preserving the poetry of the original. Knowledge and experience as a psychologist as well as his own meditation practice and near-death experiences helped him to detach the universal spiritual truths from the Buddhist context and translate them into contemporary images. This has resulted in a longer prose poem as the main text, which describes the different phases of dying until well beyond the last breath. Following the original, it can be read aloud to a dying person to support him or her in transition. Practical instructions help to create an appropriate atmosphere and to structure the reading in time. The book is designed in such a way that it can also be used for personal meditation on death and transience and for exploring one's own consciousness.
The appendix has a chapter that relates the subject of death and dying to the integral model of consciousness. The extensive essay by Ken Wilber discusses the place of »The Tibetan Book of the Dead« in modern psychology and spirituality.
Music recommendations and useful links complete the content.

»The book is a short and very practical guide for dying. It should not be read once but it is a workbook for preparing to the important moment of the death. Highly recommended!«
Traudel Reiß in »Buddhismus aktuell« 3/2010

Ken Wilber (born 1949) is the author of over twenty books and one of the most influential American philosophers of our time. He has developed a theory of the evolution of human consciousness. It answers the question why people perceive and interpret themselves and the world very differently. With his multidimensional model of consciousness, it is possible to depict insights of all peoples and times in one »theory of everything« without contradiction. He is the founder of the »Integral Institute«, a think tank for the study of integral theory and practice, as well as an inspirational figure and a visionary for the worldwide integral movement with its salons, institutes and initiatives such as »Integral Life« or »Integrales Forum«.

Wulf Mirko Weinreich (born 1959) is a graduated psychologist and also studied religious studies, ethnology and sinology. In the 90s he lived in several spiritual centers for seven years.
In 2005 the book »Integral Psychotherapy« (Heiligenfeld Research Prize of the DKTP) was published, an attempt to bring together the different schools of psychotherapy based on the Integral Philosophy according to Ken Wilber. Since then, he has given lectures and seminars on integral topics. In 2009, »The Other Book of the Dead« was published, a religion-neutral translation of »The Tibetan Book of the Dead« into Western culture. He has also published articles in various scientific compendia and journals.

In his practice called »Praxis für Integrale Persönlichkeitsentwicklung« in Leipzig he works mainly with interventions of Humanistic, Systemic and Transpersonal Psychotherapy as well as spiritual methods.
https://www.psychotherapie-in-leipzig.de

The theoretical background of his work, especially the integral approach in psychotherapy, is described in detail on his theory page:
http://www.integrale-psychotherapie.de