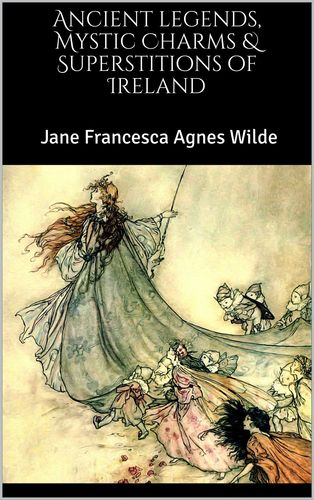 Mehr erfahren
Beschreibung
The three great sources of knowledge respecting the shrouded part of humanity are the language, the mythology, and the ancient monuments of a country.

From the language one learns the mental and social height to which a nation had reached at any given period in arts, habits, and civilization, with the relation of man to man, and to the material and visible world.

The mythology of a people reveals their relation to a spiritual and invisible world; while the early monuments are solemn and eternal symbols of religious faith-rituals of stone in cromlech, pillar, shrine and tower, temples and tombs.

The written word, or literature, comes last, the fullest and highest expression of the intellect and culture, and scientific progress of a nation.

The Irish race were never much indebted to the written word. The learned class, the ollamhs, dwelt apart and kept their knowledge sacred. The people therefore lived entirely upon the traditions of their forefathers, blended with the new doctrines taught by Christianity; so that the popular belief became, in time, an amalgam of the pagan myths and the Christian legend, and these two elements remain indissolubly united to this day. The world, in fact, is a volume, a serial rather, going on for six thousand years, but of which the Irish peasant has scarcely yet turned the first page.
Autor/in