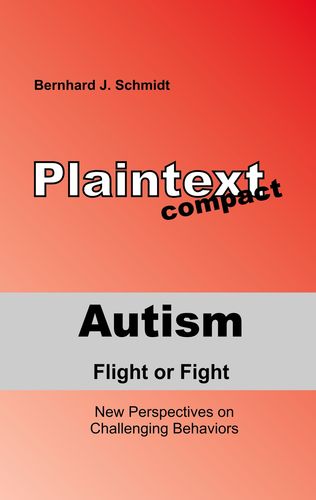 Mehr erfahren
Beschreibung
If one leaves the hitherto purely descriptive (phenomenological-descriptive) "understanding" of autism, anxiety and stress can be identified as basic problems for autistic individuals. Because anxiety and stress stand in the way of a social interaction.
But if it comes to a disruption of social interaction, then it comes to a disruption of development.
In the case of challenging behavior, which has so far been wrongly regarded as "typically autistic" due to the diagnostic criteria, anxiety, stress and a disturbed, but treatable, socio-emotional development now come into view.
It also becomes obvious that one can not only react to anxiety and stress by "fleeing" into one's own world of stereotypes, rituals and auto-aggression, but also with "fight". So not only the "hedgehog and shell children" are seen, but also understood the behavior of autistic children and adolescents who do not retreat.
The "fight" children are exploring very strongly, showing aggression especially against others ...
Autor/in