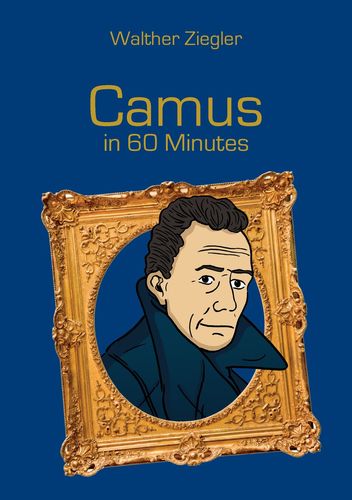 Mehr erfahren
Beschreibung
Albert Camus was a legend in his own lifetime, as a successful author, a philosopher and a “ladies’ man”. His philosophical discoveries remain provocative even today. Because, like all great philosophers, Camus posed the question of the meaning of life. But his answer to this question was an answer of an entirely new kind. This question as to the meaning of life has been answered, of course, very differently down the centuries. For Plato it is ‘the Good’ that holds the world together; for Hegel the ‘World-Spirit’; for Marx the relations of production; for Sartre freedom; for Nietzsche ‘will to power’. Really, each philosopher has his own answer to this question. But Camus is the exception here. He has none. Or rather, worse: he has an answer, but one of very sobering effect. His answer to the question ‘what is the meaning of life?’ is simply ‘It has no meaning. Life is absurd’. We plan ahead and make decisions, but in the last analysis our whole life depends on a series of chance events over which we have no control. Nor is there really a goal. Nevertheless, it is our task to live proudly and undauntedly on. Camus compares the life of Man with the myth of Sisyphus. The mythical Sisyphus strained tirelessly to push a boulder up a mountainside, even though it always rolled back down before he reached the top. But precisely in this apparently senseless and absurd activity lay, argued Camus, a chance for a fulfilled life. The book “Camus in 60 Minutes” explains, using selected quotations and examples, this theory of “the absurd”. The chapter on “what use Camus’ discovery is for us today” describes the “absurd style of life” that Camus recommends. Camus’ colourful examples of “absurd life-projects”, and his descriptions of how one best confronts “the absurd” itself and leads a life without God or ideological orientation are, above all in our modern societies, of powerful relevance and topicality. The book forms part of the popular series “Great Thinkers in 60 Minutes”.
Autor/in