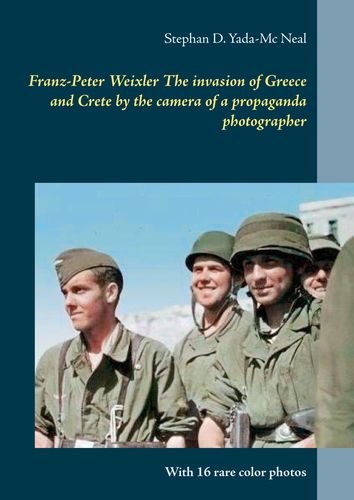 Mehr erfahren
Beschreibung
Franz-Peter Weixler was known for his haunting photos, which he made as a war correspondent of the German Wehrmacht, about the shooting of the male inhabitants of the Cretan community Kondomarie. The affidavit which he submitted to the International Court of Justice in Nuremberg, against the main war criminals of the German Reich, also insistently describes what happened on that 2 June 1941.
Before, during and after the war, Weixler produced almost 1000 stereoscopic images, which are stored in the entire width of the German Historical Museum.
In many missions as a war correspondent Weixler often made pictures with the stereoscopic camera in addition to normal camera. He was also occasionally used at that time still rarely used color films.
This book is intended to give a certain overview of the photographer's work to the interested reader. Unfortunately, for legal reasons, the reproduction of the stereoscopic images was only possible in a few cases, as they have already been published elsewhere.
Autor/in