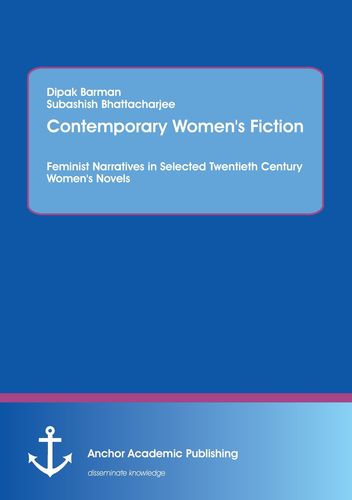 Mehr erfahren
Beschreibung
Women’s writing in the twentieth century has shown a dramatic shift in its preoccupations and intentions. Rather than occupying itself with the trivialities of the social and domestic spheres, the writing by women in the latter half of the twentieth century and approaching the twenty-first century inheres concerns such as political, historical, questions of gender equity and rights, interrogations of normative and patriarchal practices and other such issues that have not been adequately addressed in women’s writing thus far. The four essays in the present volume are certainly not exhaustive or adequate in this regard — that of addressing this lacuna in literary scholarship — but it may be viewed as a attempt to bridge the proverbial gap. As a precursor to further scholarly works in the area, already existing as well as forthcoming, the essays discuss the works of Toni Morrison, Margaret Atwood, Bapsi Sidhwa, Manju Kapur and Sunanda Sikdar. Although the essays purport to exploring select areas of the authors’ oeuvre, the distinctive fictional structures of the authors help us to explore wider theoretical and critical issues such as postmodernity, postcolonialism, feminism, globalism, nationalism and other related issues.
Autor/in

Subashish Bhattacharjee is a UGC-Research Fellow and Teaching Assistant at the Department of English, University of North Bengal, India. He is also Visiting Faculty at Cooch Behar Panchanan Barma University and University of North Bengal, Jalpaiguri Campus. He has numerous publications to his credit including the two co-edited volumes Postcolonial Approaches to Literature and Reading Literature through Feminist Lens, both published in 2015. He is also the founder and Editor of The Apollonian: A Journal of Interdisciplinary Studies.