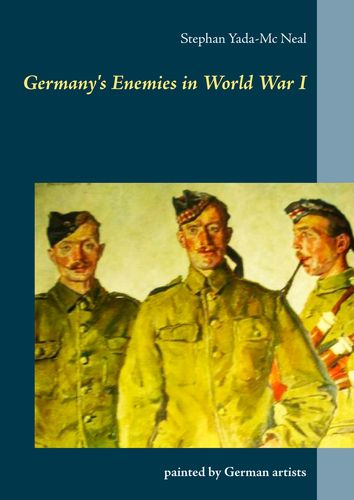 Germany's Enemies in World War I

Mehr erfahren
Beschreibung
The First World War was lost and many of the Germans sought about the reason why the soldiers of their country had lost this war. Some were looking for explanations and some thought that the multitude of different peoples was one of those reasons.
The 80 pictures shown here are from the 1920 published book "Germany's opponent in the world wars", published by the publishing house Hermann Klemm A.G. from Berlin.
Painters such as Liebermann, Thöny and Theodor Baumgartner give the viewer vivid faces of prisoners of war who stood in German camps as models for these paintings.
We deliberately let out the texts from this book, because they corresponded to the ideas of the time, but today, because of the names - Negroes and Gypsies - no longer fit.
However, we still had to use some of these words because they are given as the title of the image.
Autor/in

Stephan D. Yada-Mc Neal lives and works in Crete and has been dealing with German war crimes for years.

In addition to historical essays, he also publishes historical novels and illustrated books