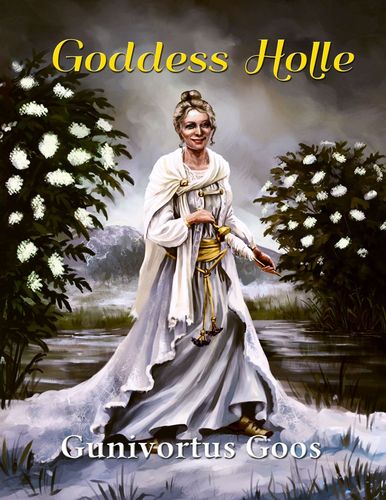 Mehr erfahren
Beschreibung
After the first German edition in 2001 and a second edition in 2006 (which was in 2011 also published in English), there is now a very heavily revised 3rd edition of the book "Goddess Holle". Even though the basic framework of the 2nd edition has been retained, not only are minor and major errors corrected, but all chapters, the book calls them 'paths', are supplemented with many additional new parts (in varying degrees). This new book has therefore become considerably more extensive, in quantity there are about 182 pages more than in the 2nd edition; it contains more fairy tales, many more folktales, more hiking trails, more poetry and more plants that have a connection to Holle. In addition, the chapter about Customs and Traditional Folk Knowledge has been significantly changed and supplemented, and so is the chapter "Researchers and their Research" in which the latest available research sources have been incorporated, and theories, theses, etc. have also been added that were not in the previous edition.
To the concluding path 'Culinary delights with Frau Holle' also were quite a few recipes added.
The many illustrations, of which about 115 in color (including 14 maps), form a significant extension as well to the previous edition.
Autor/in