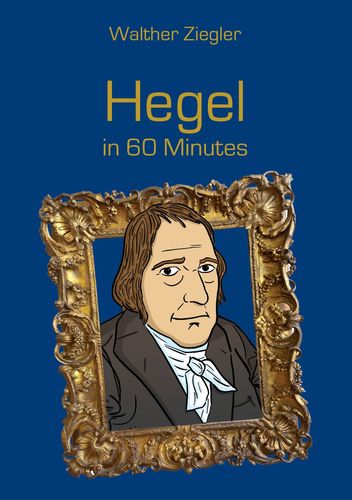 Mehr erfahren
Beschreibung
Already as a student Hegel was often reprimanded for excessive drinking and gambling and he is surely one of the most unconventional – today, one might say “coolest” – thinkers of all time. He is sometimes mockingly accused of having been drunk when he hit on his key idea of a “World Spirit”. Nevertheless, his philosophy remains fascinating and highly relevant even today. Hegel was the first philosopher to realize the full implications of the dimension of “becoming”. Human life has as much the character of a process as do Nature and History. A human being comes into the world as a baby and becomes a child, an adolescent and finally an adult. Likewise, human history marches onward from small beginnings. One epoch follows another. The expression “spirit of the times” that we use so casually today is in fact one we owe to Hegel’s great discovery that every epoch possesses a specific spirit that completely permeates it. This “spirit of the age” – or, as Hegel also called it, “World Spirit” – manifests itself in all the ideas held by this age’s people regarding morality, justice, art, music and architecture. A second contention central to his great philosophical discovery was that these different epochs and their “spirits” do not follow one another merely randomly and by chance but rather obey a logical principle of movement: the so-called “dialectic”. The pendulum of history swings, “dialectically”, first in one direction, then in the other. But human history is nonetheless steering its way, slowly but unstoppably, toward a great final goal. The book “Hegel in 60 Minutes” explains, how this “dialectic”, and thus the motor of human history, is argued by him to function. All the exciting questions raised by Hegel’s fascinating philosophical vision are answered here: at what point do we reach “the end of History”? Are we only spectators of this History, or actors in it? What is the meaning of life? The book forms part of the popular series “Great Thinkers in 60 Minutes”.
Autor/in