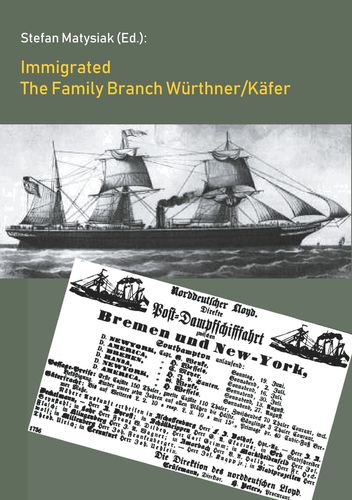 Mehr erfahren
Beschreibung
Wuerttemberg was a country with a particularly large number of emigrants. In the 18th and 19th century, no other region of mainland Europe had a similarly extensive emigration. This emigration was caused by great famines, looting troops, or divine commands.

When Johannes Würthner and Maria Käfer emigrated to the US in the 1860s, there were no crop failures and march-through of enemy troops in the Kingdom of Wuerttemberg any more, which had caused emigration for many decades. Presumably, the two also had no political and religious reasons. They had their own story.

For the first time, the book deals with the image of America of the contemporary German press.
Autor/in