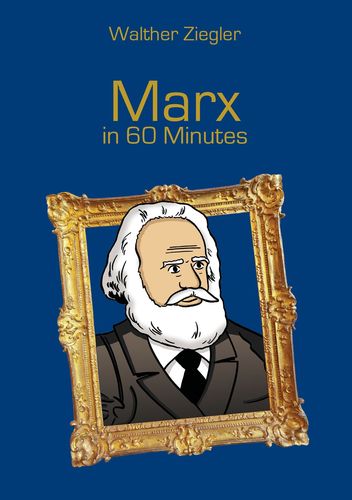 Mehr erfahren
Beschreibung
Never before or since has a single philosopher produced such a tremendous effect as Karl Marx. His great vision of a society without private property was heeded worldwide and had huge historical effects. Allegiance to his ideas was proclaimed by revolutionaries, parties, governments and states. Marxism spread all around the globe. Marxist revolutions occurred in countries as different as Russia, China, Vietnam, Cuba, Nicaragua and Mozambique as well as many others, until at one point almost a third of humanity were living under communism. But some hundred years after Marx’s death the communist world that he had inspired fell apart. After the fall of the Iron Curtain many claimed that Marx had been entirely in error and that the sole viable economic system is really capitalism after all. But the global economic and financial crises of recent decades have profoundly shaken belief in the power of the market to regulate itself. It has become ever clearer that capitalism does indeed display the structural flaws that Marx described in his main work, “Capital”. Certain of Marx’s predictions, such as the forming of powerful economic monopolies and the ever-growing gulf between rich and poor, have already come true. His acute critique of capitalism is, then, more relevant today than ever. There is no question but that Marx still has a lot to say to us. The book “Marx in 60 Minutes” explains in clear and perspicuous terms, using some seventy key quotations from Marx’s works, such topics as the materialist philosophy of history, the doctrine of “base and superstructure”, Marx’s critique of religion, and the analyses developed in Capital of “surplus value”, capital accumulation, and the immiseration of the workers. In the second part of the book, entitled “Of what use is Marx’s discovery to us today?”, Marx’s insights are applied to the present situation. The book forms part of the popular series “Great Thinkers in 60 Minutes”.
Autor/in