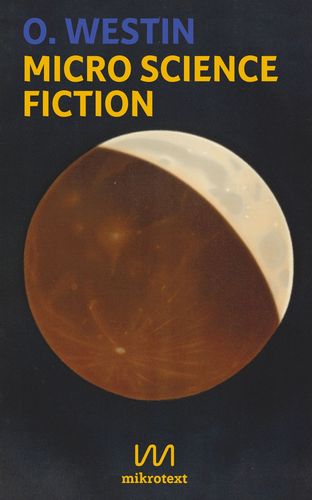 Mehr erfahren
Beschreibung
O. Westin's micro science fiction is set in an extra-terrestrial future, capturing scenes of interstellar life – transgalactic communication attempts between aliens and humans, philosophizing robots, Siri’s emotions, and plenty of comic relief across the space-time continuum.
The over 350 very short stories tackle all the Big Questions: How do you establish contact with aliens without offending them? Will artificial intelligences one day demand election rights? And which species would aliens decide to contact on Planet Earth?

“Some of the best depth and potential built into the space of a single tweet.” MEG, Chair of the BristolCon SF Convention

“I've been writing microfics on postcards and my appreciation for the Sheer Compressed Wonder you create has only increased. (Which isn't to say I ever thought it was *easy*.)“ Jeanette Ng, award-nominated SF novelist

“Like a circus tent, @MicroSFF stories are much bigger on the inside than they appear on the outside.“ Gunnstein R'Lyeh
Autor/in

O. Westin lives in the UK and works as an IT specialist. Since 2013 he has published over three thousand short sci-fi stories on the twitter account @MicroSFF with more than 74.000 followers.