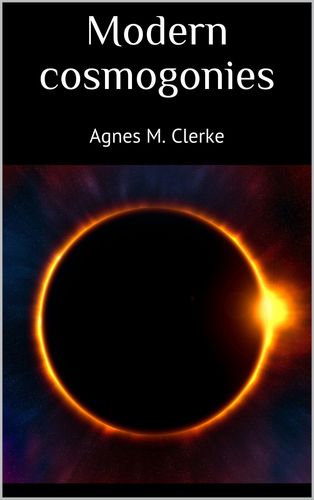 Mehr erfahren
Beschreibung
Very few even of the most savage tribes are content to take the world just as it is without speculating as to how it came to be. For time has three dimensions-past, present, and future-and we can no more restrict our thoughts within one of them than we can exist corporeally in Flatland. We are, indeed, told that the Abipones and Esquimaux refuse to trouble themselves with questions of origin, on the ground that the hard facts of life leave no room for otiose discussions; but even they feel obliged to justify their incuriosity. In easier circumstances they, too, would claim the entirely human privilege of 'looking before and after,' as their forgotten progenitors may have done. It is, indeed, difficult to think at
all about the framework of nature without attempting to divine, were it only by a crude surmise, the process of its construction. We are instinctively convinced that there is no such thing as fixity of condition. So far, Heracleitus was in the right.
Experience tells us of continual change in ourselves and whatever surrounds us. Reason teaches us that its minute momentary effects, if pursued backward for an indefinite time, must sum up to a prodigious total. No limit, that is to say, can be put to the difference between what is and what was. Yet the machinery of modification must somehow have been set going. An initial state is prescribed by logical necessity. And the start was made on certain terms-it was 'conditioned.' But the conditioned implies the absolute; ordinances, an enactive power. The inevitableness of the connection has been more or less obscurely perceived wherever men have tried to establish some kind of accord between phenomena and intuition, with results legible in the wavering outlines of many primitive cosmogonies. Only, however, in the Hebrew Scriptures has the idea of Creation been realized
in all its fulness and freedom; elsewhere the gods invoked to bring the world into existence themselves demanded a birth-history, a theogony being the usual and necessary prelude to a cosmogony.
Autor/in