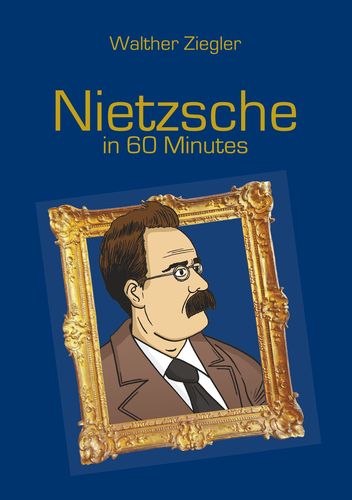 Mehr erfahren
Beschreibung
Nietzsche has the reputation of being the most provocative and controversial of all philosophers. What he demanded of humanity was something tremendous: that we should develop beyond ourselves and become "overmen". Formerly, we could draw a meaning for our lives from religion. But this is no longer possible because, as Nietzsche says: "God is dead!" This brief dictum has echoed around the world. Man, Nietzsche argues, has freed himself, with the rise of the natural sciences, from all belief in a "beyond" and now has, for the first time, the chance to take his existence into his own hands. Most human beings, however, prove unable to fill the gap in their lives that the "death of God" has left. They continue to seek salvation in such new gods, or idols, as nationalism, socialism, racism, or capitalism. But instead of slipping into the blind worship of these new gods, or "godlets", we need - so argues Nietzsche - rather to trust in our own selves, allow our own "will to power" to unfold, and become "overmen".
Just as flowers stretch up toward the sun and animals seek constantly after nourishment, we human beings too must struggle every day to secure our lives and render them richer and more intense. In daily life, conducting this struggle must always mean, in part, conducting it at other people's expense: whoever, for example, applies for a job as a manager and gets it will necessarily cause bitter disappointment among those who applied and failed. "One furthers one's ego always at the expense of others", writes Nietzsche. But "will to power" finds a whole series of very different forms of expression. The artist, the father of a family, the politician, the businessman, the employee, indeed every one of us individually, must find his or her own highly personal and particular path to self-development. "Become who you are!"
"Nietzsche in 60 Minutes" explains his exhilarating philosophy step by step making use of some 160 of the most important passages from his works.
Autor/in