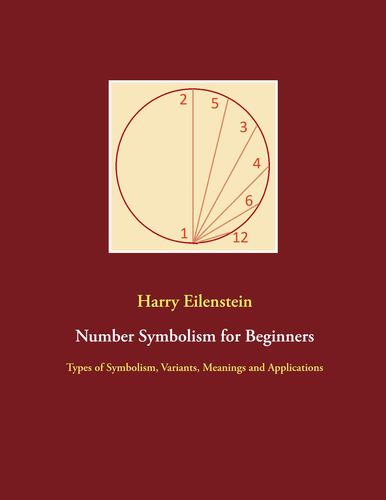 Mehr erfahren
Beschreibung
Numbers are often seen as symbols - but number symbolism is often quite fuzzy ... Moreover, it often invites one to lose touch with reality a bit and get into the fog of relationship madness.
However, on closer examination, the symbolism of numbers can be described quite precisely. It is important to distinguish between four types of symbolism:

1. the natural symbolism of the numbers like e.g. the complementary opposite of the "2", which is found among other things with the two poles of the electro-magnetic force or as Yin and Yang;
2. the traditional-mythological symbolism of the numbers, which can be explained historically like e.g. the association of the "9" with the otherworld;
3. the number symbolism that results from a system, such as the "7" for Venus from the association of Venus with the 7th Sephirah ("Netzach") on the Kabbalistic Tree of Life; and
4. symbolism based on individual associations such as to one's birth date.

If these four types of number symbolism are kept clearly separate, the observance of numbers can be quite helpful and enriching - in omens and oracles, in magic, and even in research.
Autor/in

I was born in 1956 and have been intensively involved in magic, religion, meditation, astrology, psychology and related subjects for 45 years now. Meanwhile I have written about 190 books and about 50 articles for various magazines.
Since 2007, I have expanded my decades-long avocation and am now a full-time life coach. This includes the actual consultations, but also the interpretation of horoscopes, healings, rituals, sweat lodges, firewalkings, help with haunted houses and other "magical problems", training in meditation and Feng Shui and much more. On my website www.HarryEilenstein.de you can find some of my articles and also a detailed curriculum vitae.