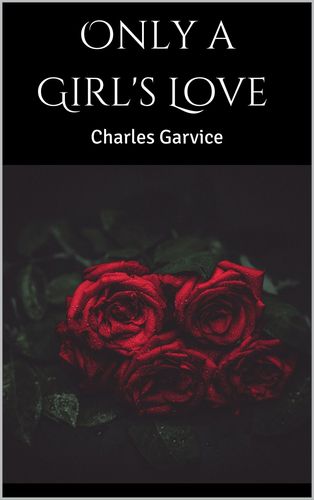 Only a Girl's Love

Mehr erfahren
Beschreibung
It is a warm evening in early Summer; the sun is setting behind a long range of fir and yew-clad hills, at the feet of which twists in and out, as it follows their curves, a placid, peaceful river. Opposite these hills, and running beside the river, are long-stretching meadows, brilliantly green with fresh-springing grass, and gorgeously yellow with newly-opened buttercups. Above, the sunset sky gleams and glows with fiery red and rich deep chromes. And London is almost within sight.

It is a beautiful scene, such as one sees only in this England of ours-a scene that defies poet and painter. At this very moment it is defying one of the latter genus; for in a room of a low-browed, thatched-roofed cottage which stood on the margin of the meadow, James Etheridge sat beside his easel, his eyes fixed on the picture framed in the open window, his brush and mahl-stick drooping in his idle hand.

Unconsciously he, the painter, made a picture worthy of study. Tall, thin, delicately made, with pale face crowned and set in softly-flowing white hair, with gentle, dreamy eyes ever seeking the infinite and unknown, he looked like one of those figures which the old Florentine artists used to love to put upon their canvases, and which when one sees even now makes one strangely sad and thoughtful.
Autor/in