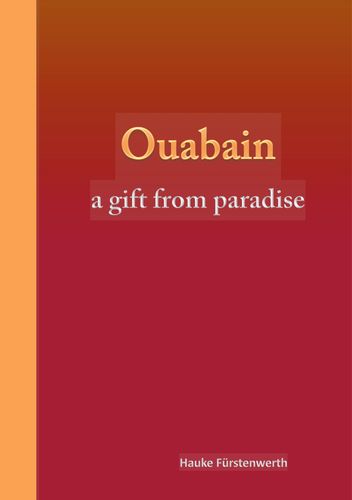 a gift from paradise

Mehr erfahren
Beschreibung
Ouabain is a natural substance that occurs in African plants. Until the 1980s, it was used in Europe and especially in Germany for the treatment of heart failure. Ouabain has polarized the medical profession like hardly any other drug. Supporters celebrated Ouabain as insulin of the heart, opponents denigrated this drug as placebo. Euphoric praise and devastating criticism characterised an extremely polemical and emotional dispute between general practitioners and university clinicians.
Also in current research qualities of ouabain are fiercely disputed. Like in the past, the dispute again is dominated by hubris and personal vanity. A group of scientists is convinced that ouabain is an endogenous hormone. It is asserted that ouabain not only is a key factor in the pathogenesis of hypertension and heart failure but has significant implications in the pathogenesis of many common diseases.

Hauke Fürstenwerth describes the rise and fall of Ouabain. He presents an objective, fact-based analysis of the true history of Ouabain. With previously unreported facts, he describes the eventful history of this drug. The story of Ouabain is not finished yet. Current research results allow a new interpretation of the many years of therapeutic experience. Ouabain has an untapped therapeutic potential. The book documents how Ouabain can be reapproved for the benefit of patients.

The history of Ouabain is integrated into the development of pharmacy and medicine. Today, the statistical risk for a probable disease has been established as an independent clinical indication. Even patients without symptoms are treated with drugs. Standard values for blood pressure, cholesterol and blood sugar define disease. This change is also part of the unfinished Ouabain story.
Autor/in

Hauke Fürstenwerth holds a PhD in natural sciences. He worked for more than two decades in the pharmaceutical and biotech industry. Since 2001 he is consultant for technology companies and their investors. Hauke Fürstenwerth has many years of management experience in the development of new products. He has published several scientific articles on Ouabain and is the author of numerous publications on innovation and venture capital.