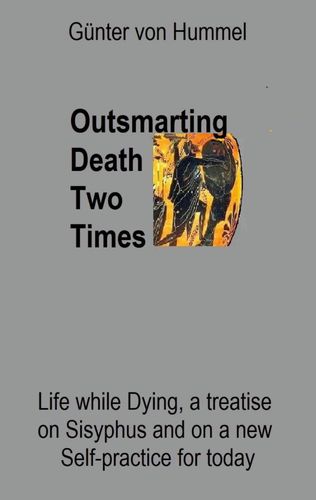 Life while Dying, a Treatise on Sisyhpus and on a New Self-Practice

Mehr erfahren
Beschreibung
The discussion about no life or life after death can be considered solved after reading this book. Because neuroscientists have recognized that between the medically even with modern methods determined end of life and the really final death still a span exists in which brain activities can be proved. These processes can also be explained theoretically with psychoanalytical understanding. It reminds of Sisyphus, who, in contrast to Oedipus, is not so well known in Freud's psychoanalysis. But Sisyphus was not only a hero regarding the severity of life, but also a role model in dying, outsmarting death twice. The narrow passage between life and death represents a life of a different kind that can be neuro-psychically grasped. And so it is no longer about a life after death, but about one while dying. This orientation probably also plays a role in Sisyphus, but it can also be used for a direct self-practice for today. With the method of Analytic Psychocatharsis the author has combined psychoanalytic and meditative procedure, which, even practiced by oneself, helps to outsmart death even today by using this span of life in dying. Because this other life can be used only who has learned it before to a large extent.
Autor/in

Dr. von Hummel is a physician and psychoanalyst and has published the procedure of Analytical Psychocatharsis in many lectures and books. He practices in Munich. His website >analytic-psychocatharsis.com< contains references to his practice and book references.