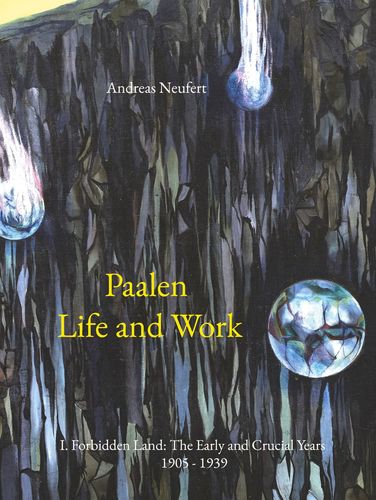 Mehr erfahren
Beschreibung
Wolfgang Paalen, the almost forgotten Viennese painter and surrealist, only quite recently won back his original place as one of the most influential artists of the mid 20th century. This biography, originally published in German 2015 with great success, inspired the extensive retrospective in the Belvedere, Vienna, 2019 and though set the ball rolling, because it meticulously and comprehensibly explicates for the reader how it came about that this rather cautious and reticent artist became a key figure in the revolutionary movements of Surrealism and Abstract Expressionism. It was a life full of tensions and unexpected turnarounds that finally led the son of an Austrian-Jewish merchant from the Vienna of Emperor Franz Joseph via Sagan, Rome, and the Berlin of the abysmal 1920s to the Paris of the Surrealists. In 1938, his breakthrough came with his smoke paintings (Fumages) and his collaboration with Marcel Duchamp for the famous Exposition Internationale du Surréalisme in Paris. In 1939, at Frida Kahlo´s invitation, he went into exile in Mexico and put his thoughts down on paper in a series of explosive essays published in his own magazine DYN. With his works and texts he launched a revolution in artistic thought that saw him rise to become the hidden agent of young American painting in the 1940s. Although he exhibited at Peggy Guggenheim´s Art of the Century gallery in New York shortly after Jackson Pollock in 1945, he fell into oblivion after the breakthrough of the Abstract Expressionists. In 1991, American painter Robert Motherwell spoke of a conspiracy of silence regarding Paalen´s innovative role in 1940s New York. After an interlude in Paris, Paalen took his own life in Mexico in 1959.
In this first major biography of Paalen, Andreas Neufert explores the life and work of this complex, romantic figure in the scenery of the European-American exile movement around 1940. More than ten years in the making, and based on previously unseen letters, documents and life interviews, it has become a fresh, richly detailed, wise and masterful portrait. It provides a deep insight into an overlooked chapter of modernism, which is given a common thread by Paalen´s lifelong passion for matriarchal myths and their influence on the American avant-garde of the 1940s.
Autor/in

Andreas Neufert, born in 1961, studied art history, philosophy and Byzantine studies in Munich, Vienna and Paris. He received his PhD in Aesthetics and Art Mediation in 1997 and has since published regularly on modern and contemporary art. In 1993 and 1994 he organized the Paalen retrospective at the Museum Moderner Kunst in Vienna and the Museo de Arte Contemporaneo Carrillo Gil in Mexico City (as co-curator). In 2019 he curated the exhibition Wolfgang Paalen - The Austrian Surrealist in Paris and Mexico at the Belvedere, Vienna. He lives in Berlin and Montesardo (Puglia)