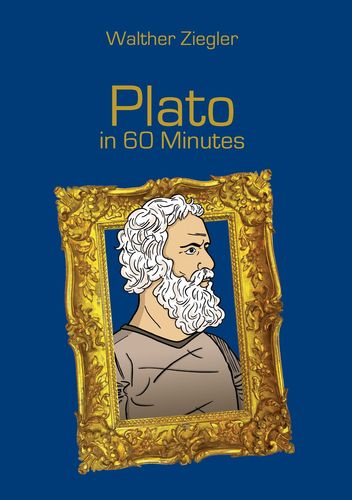 Mehr erfahren
Beschreibung
Plato’s great discovery was radically new but has echoed down the ages. His “theory of Ideas” has shaped the whole of Western culture and his name is known worldwide. More than 2000 years ago Plato used his “allegory of the cave” – which envisaged people looking at shadows on a cavern wall and taking them for realities – to express a terrible suspicion. He saw his fellow Athenians living in a manipulated world of appearances – cut off from reality and put to sleep by material pleasures, wealth and demagogic politicians – and hoped, with this image, to shake them out of this sleep. Plato’s suspicions here are astonishingly relevant still in our Digital Age. Do we not also risk getting entirely lost in the shadows and projections of our TV-, Internet- and mobile-phone-dominated lives? To know truth, argued Plato, Man must learn to see again with his “inner eye”. We are able to sense the truth if we succeed in looking beyond the mere appearances. For behind the everyday objects and the immediately visible world, there is another invisible reality, a sort of higher level of Being, which can reveal to us the world as it truly is. This second, higher reality is the realm of the “Ideas”: above all the Ideas of the Good, the True and the Beautiful by which we must be guided in our lives. But what exactly are these Ideas? What does Plato mean when he speaks of “the Good”? And, most importantly, how can we know this “Good” and live a life in accordance with it? The book Plato in 60 Minutes uses three of Plato’s marvellous allegories – “the chariot”, “the sun”, and “the cave” – to explain the philosopher’s fascinating vision of the Ideas. But it also presents, citing key passages, Plato’s great political vision of an ideal state ruled by philosopher-kings. Finally, in a chapter on “what use Plato’s discovery is for us today”, it is shown how burningly relevant the ancient philosopher’s thoughts still are. The book forms part of the popular series Great Thinkers in 60 Minutes.
Autor/in