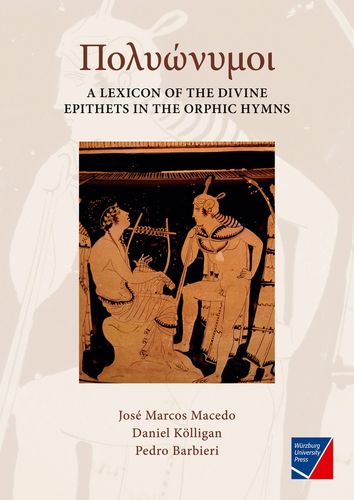 A Lexicon of the Divine Epithets in the Orphic Hymns

Mehr erfahren
Beschreibung
The Orphic Hymns consist of a prooemium and 87 hymns addressed to several deities in a late Orphic initiation of sorts. They were composed probably in Asia Minor during the second or third century CE. The bulk of these hymns are made up of divine epithets often linked together in chains of considerable length. The lexicon attempts to give a comprehensive account of the roughly 850 epithets, bringing together the most relevant information scattered
in the scholarly literature and adding others from various sources (literary, epigraphic, lexicographic, scholia etc.) in order to provide an overview of their usage and the main details of their models.
Autor/in

born 1970 in São Paulo, Brasilien, Associate Professor of Greek Language and Literature at the Department of Classics, University of São Paulo, Brazil

born 1974 in Köln, Professor of Comparative Philology at the Julius-Maximilians-Universität Würzburg