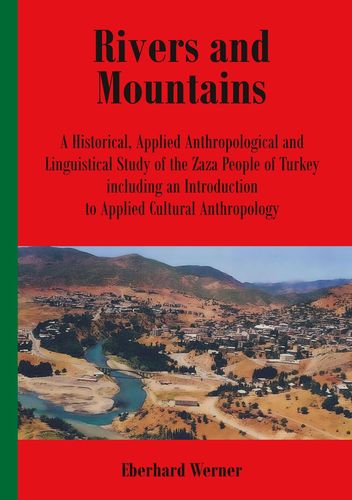 A Historical, Applied Anthropological and Linguistical Study of the Zaza People of Turkey Including an Introduction to Applied Cultural Anthropology

Mehr erfahren
Beschreibung
Little competent anthropological research has been done so far on the Zaza people, one of the larger ethnic groups settling mostly in Eastern Anatolia. This study of their language and culture is an exception. The author has spent many years of research in close relationship to the Zaza people, in the homeland as well as in the diaspora. His command of the Zaza language enabled him to thoroughly analyse semantic structures and combine them with his ethnological findings into an impressive cognitive study of the Zaza frame of mind.
Prof. emeritus Dr. Lothar Käser, Albert-Ludwigs-Universität Freiburg

Eberhard Werner, who, as a good and long-standing expert on the language, culture and religion of the Zaza people, is researching it, for the first time in English outside of linguistics as a reliable, scientific source. The focus is also on topics such as anthropology, ethnology and religion that have not been dealt with so far.
Drs. Mesut Keskin, Goethe University Frankfurt
Autor/in