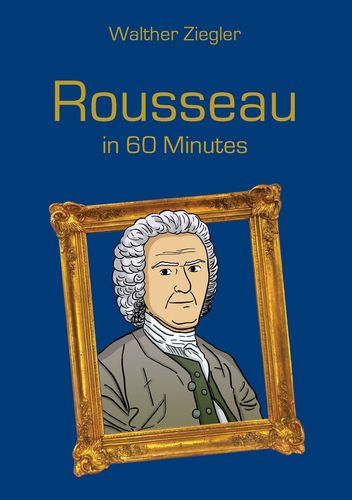 Mehr erfahren
Beschreibung
Rousseau possessed a brilliant mind and one that questioned every accepted value and idea. Whatever most were “for”, Rousseau was always “against”! He was against monarchy, against the church, against the status quo, against inequality, against traditional education, against marriage, and (of course) against technical progress and the destruction of Nature. Today we might call Rousseau a “professional rabble-rouser”. His contrariness was his trademark. He spent most of his life as a quasi-vagrant or a refugee. Sometimes it was the church, other times the government of one country or another that he had to flee from. But all arrest warrants were in vain. Through books like The Social Contract his radical demand for democracy prepared the ground for the French Revolution, and his famous discourses on Man’s loss of contact with, and destruction of, Nature made him a pioneer also of ecological thought. The book Rousseau in 60 Minutes explains the thinker’s core ideas, exemplified by over 70 quotations from his works. The seed for these ideas was planted one day when he was on in his way to see his friend Diderot in prison, reading a copy of the newspaper Mercure de France as he went. It announced a competition for the best essay on whether scientific and artistic progress had made people morally better. All the competitors answered “yes”. Except Rousseau. His answer was that Man is naturally good and became wicked only through being “socialized” and “civilized”. The “noble savage” ran free through the woods, but we pass our days in cramped offices and forfeit, each day, more of our instincts and our freedom. But above all, Rousseau pointed out, modern Man lives always “in and for the gaze of other people”. That is to say, we tend to dissolve more and more into the “mainstream”. Is Rousseau right here? Have we conformed too far? Have we forfeited our instincts? And above all: What can we do about it? The book forms part of the popular series Great Thinkers in 60 Minutes.
Autor/in