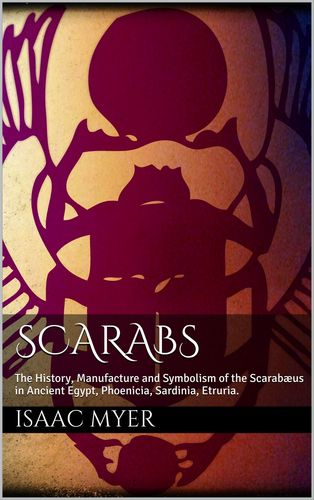 Mehr erfahren
Beschreibung
An element of great value to the student of religions is, that the scarabæus symbol, is the earliest expression of the most ancient idea of the immortality of the soul after death that has reached our day, taking us back however to a period which may be considered as civilized and enlightened and yet, so encompassed with the mists of the past, that the mental eye of today cannot grasp that past with much tangibility, and giving us almost cause to think, that the doctrine of the immortality of the human soul was a remnant of an early divine revelation, or at least, an advanced instinct of early humanity; for it is a curious phase of archaic Egyptian thought, that the further we go back in our investigations of the origins of its religious ideas, the more ideal and elevated they appear as to the spiritual powers and the unseen world. Idolatry made its greatest advance subsequent to the epoch of the Ancient Empire, and progressed until it finally merged itself into the animalism of the New Empire and the gross paganism of the Greeks and Romans.
Autor/in