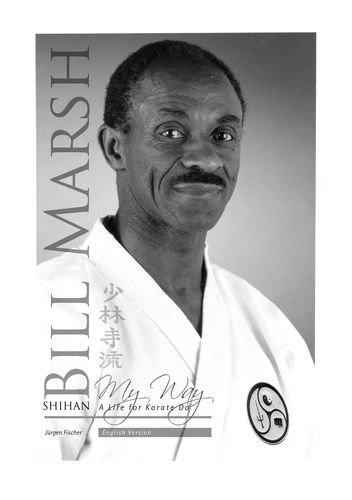 A Life for Karate Do

Mehr erfahren
Beschreibung
Sensei Bill Marsh has devoted his life to karate. From the beginning of the sixties in the US until today, Sensei Marsh has trained Karate Do, Kobudo and Tai Chi Chuan. He has hundreds of students in Germany, France and Greece. In his karate studies, he has changed his system three times, until he came to Shorinji Ryu of O‘Sensei Richard Kim, Hanshi.
From the contents: ”The club was newly opened and was in operation for only a few months. The Judo club had been opened for six months but the Karate club was just beginning, explained the club director. He told me I should start with the karate training and could then switch to Judo training if I did not have any fun. The Karate instructor was not present on that day. I registered for karate training and did not think about Judo again. We were 10 students at the beginning and trained two times a week.”
Autor/in

The author Juergen Fischer has documented and recorded the work of Sensei Bill Marsh. In addition to the biographical section, the book also includes photo features of the Shorinji Ryu system. Shihan Marsh shows key positions and techniques and gives insights into the five basic Pinan katas.