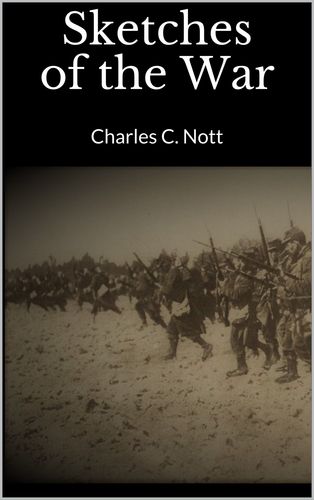 Sketches of the War

Mehr erfahren
Beschreibung
There was a young man in my squadron whom I shall call Frank Gillham. He was the son of a Wisconsin farmer, and had enlisted in the ranks as a patriotic duty. Frank was young and handsome, a fine horseman, and rode one of the handsomest horses in the squadron. He was just the person whom one would suppose sure to rise from the ranks and perform many a gallant feat during the war. A few weeks ago the horse was reported sick. It had but a cold, and we thought that a few days would find it well again. But the cold grew worse and changed to pneumonia, a disease of the lungs fearfully prevalent here among both men and horses.

Frank nursed and watched his horse day and night, counting the beatings of its pulse, consulting the farrier, administering the medicine as though the horse were his best friend. It was fruitless labor; for the poor animal stood hour after hour panting with drooping head, occasionally looking sadly up as if to say, "you can do me no good," until at last it died. We all felt sorry for the poor horse, but did not think his death was the forerunner of a greater loss.
Autor/in