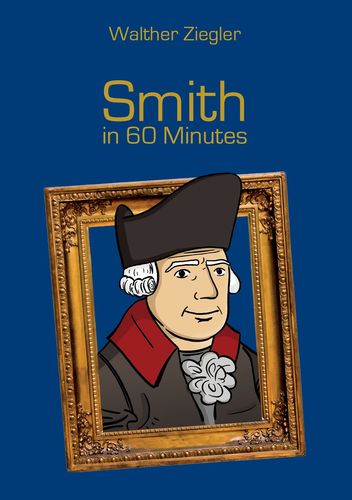 Mehr erfahren
Beschreibung
It was, of all people, to a Scottish philosopher of morality that there fell the role of intellectual forefather of capitalism. It was Adam Smith who was the first to recognize and describe, in 1776, the basic principle of the market economy. His magnum opus, “The Wealth of Nations”, is still looked on today as “the Bible of capitalism”. And indeed, for a period of ten years it was, after the Bible itself, the most-translated book on earth. Smith created the “magic formula” of the free play of supply and demand and his theory of “the invisible hand” spread like wildfire around the world, remaining still today the core of the capitalist market model. What is more, Smith provided a philosophical justification for capitalism in the form of a theory of human nature: Man, he argued, is by nature egoistic and self-interested. And nothing suits such a being so well as a market economy, because it gives everyone the chance to increase their wealth. But this, in the end, benefits all, since each of us, working at improving his or her own quality of life, is led willy-nilly, as if by an “invisible hand”, to promote also the welfare of society as a whole. Do egoistic energies really tend to be transformed into social prosperity in this way? Is capitalism “natural”? The book “Smith in 60 Minutes” explains the incisive theories of this philosopher and economist in a clear and comprehensible way, using over 50 key passages from Smith’s own works. The final chapter on “what use Smith’s discovery is for us today” discusses both the triumphal progress of Smith’s market model and the catastrophic crises that capitalism’s triumph has brought with it. The mechanism of the “invisible hand” and the free play of supply and demand are more than just theories. They form the very heart of the capitalist world and it is indispensable to know the economic and philosophical foundations of the social order in which we live. The book forms part of the popular series Great Thinkers in 60 Minutes.
Autor/in