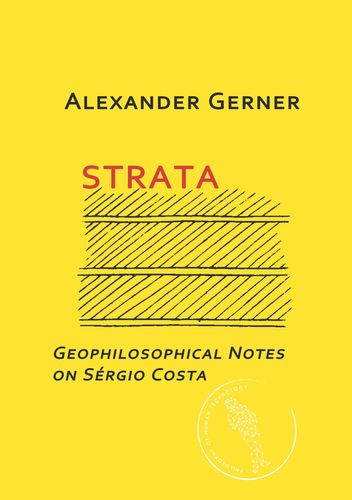 Mehr erfahren
Beschreibung
Where are we now?
Earth, 2016: This year the professional organization responsible for defining the Earth timescale –the International Union of Geological Sciences (IUGS), decides the change in the actual official description of Earth-time, leaving the Holocene behind, a period starting after the last great ice age 11,700 years ago. Many scholars today advocate an "Anthropocene" -of anthropological, "man" influenced Earth-time, in which man is –among other long lasting effects- causally part of mass extinction of animal and plant species, pollutes the oceans and changes the climate and atmosphere, thus transforming Earth as its natural habitat by facts that we will be able to note for millions of years to come in the Earths strata.
This book takes up abstract geology as a complementary perspective to think strata as a concept derived from geology and made operational in the human realm in the arts and in knowledge development. Strata- Geophilosophical Notes on Sérgio Costa -more than anything else- is the encounter of the German theatre-maker and philosopher Alexander Gerner with the Mozambique born visual artist Sérgio Costa, both based in the Portuguese capital and cultural contact zone Lisbon.
In Strata -Geophilosophical Notes on Sérgio Costa Alexander Gerner presents an atlas of friendship between philosophy, science, art and human technology by taking as a starting point an observational program presented in the painting series “Strata” and other working images of the artist Sérgio Costa. Alexander Gerner shows experimental maps for enhancing thinking the concept of >strata< not merely within the immanent plane of geology but with the means of art and painting. He combines (a) a hyperphenomenal and imaginary geology and map-making in painting in Sérgio Costa´s >Strata< series from its beginning in 2008 until 2015 - with (b) strata as historical formations and its scientific historical epistemologies of a genealogy of concrete material things from Steno onwards in geology up to stratified medicine today in big-data stratification, while taking into account levels, modes and techniques of knowledge organization and by that (c) thinking stratification, re-stratification and de-stratification and beyond within gestures of contemporary geophilosophy. Sérgio Costa’s >Strata< ask us two questions: Are we prepared for >vulcanic< events? How are we able to experience long-time change?
Autor/in

Alexander Gerner is a theatre-maker and currently a Post-Doc researcher in philosophy at the Center for Philosophy of Science of the University of Lisbon (CFCUL) with a FCT grant on >Philosophy of Cognitive Enhancement< (SFRH/BPD/90360/2012). He is head of the research line >Philosophy of Human Technology<. In 2012 he received his PhD in History and Philosophy of Science at the Science Faculty of the University of Lisbon with a thesis on >Philosophical Investigations of Attention<. He is author of theater-plays such as >Trance< (1997), >Zap Through my Life< (1999), >Cut< (1999), >Os Cães< (2011) and co-editor of books such as „Abduction and the Process of Scientific Discovery“ (Lisbon 2007); „Diagrammatology and Diagram Praxis“ (London 2010). „Altered Self and Altered Self Experience“ (2014).