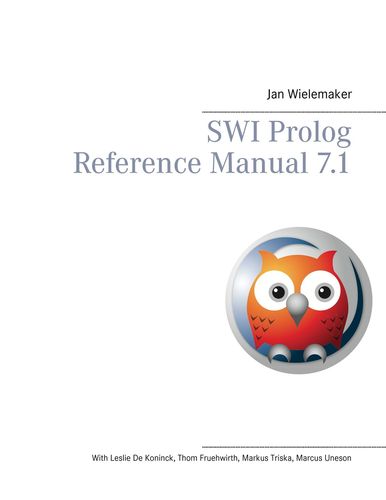 Mehr erfahren
Beschreibung
SWI-Prolog offers a comprehensive and portable free-software Prolog programming environment for more than 25 years now. It is widely used in research and education as well as for commercial applications. This is the official reference manual for the latest version of SWI-Prolog.

SWI-Prolog aims to be a robust and scalable implementation with fair compatibility to the ISO Prolog standard. Version 7 extends the core language with strings, dicts and functional notation. These extensions optimize data interoperability with other IT systems and help bridging the gap to other programming languages. SWI-Prolog ships with a wide range of interface libraries, providing interfaces to other languages such as C and Java, databases, graphics and networking. It provides extensive support for managing HTML/SGML/XML and RDF documents. The system is particularly suited for server applications due to robust support for multi threading and HTTP server libraries.

This comprehensive manual gives an overview of the system and how to set-up programming projects with it, it describes the built-in predicates, module system, coroutining, threads, the Constraint Handling Rules library, the foreign language interface and how to generate runtime applications.
Autor/in

Thom Fruehwirth is a Professor of Computer Science at the University of Ulm, Germany. He is the designer of the declarative programming language Constraint Handling Rules (CHR) and the main author of two books on constraint logic programming and reasoning.