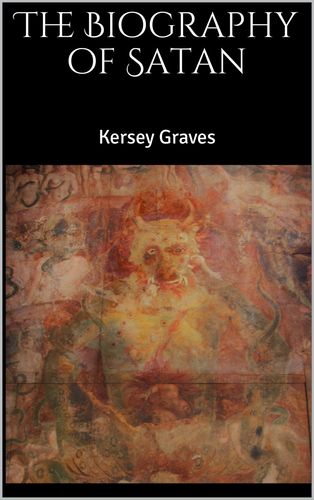 The Biography of Satan

Mehr erfahren
Beschreibung
"...I have asserted what I will here repeat, that the primitive Jews did not teach the doctrines of a Devil and a Hell, as appertaining to another life. It can not he found in the Old Testament, nor in any writings of the Jews prior to the Babylonian captivity (600 years B.C.), during which some of the Jewish sects obtained these doctrines. Let it not be supposed that I am ignorant of the fact that the words, "Devils" (always in the plural) and "Hell," occur several times in the Old Testament, but they are never used in the sense now popularly attached to these words. In every instance in which they are employed, they have exclusive reference to this life. It should be specially noted that the word Devil never occurs in the Old Testament. It is always in the plural- "Devils," and in this form had reference either to heathen deities, or to the evil spirits which many of the Jews believed infested the minds of men in this life..."
Autor/in