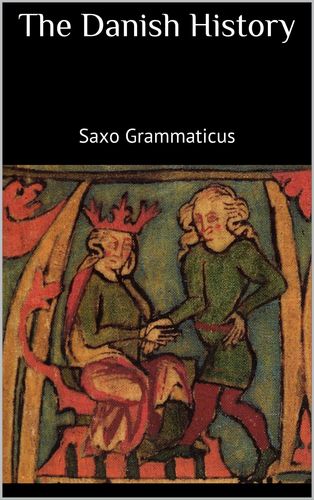 Mehr erfahren
Beschreibung
Saxo Grammaticus, or "The Lettered", one of the notable historians of the Middle Ages, may fairly be called not only the earliest chronicler of Denmark, but her earliest writer. In the latter half of the twelfth century, when Iceland was in the flush of literary production, Denmark lingered behind. No literature in her vernacular, save a few Runic inscriptions, has survived. Monkish annals, devotional works, and lives were written in Latin; but the chronicle of Roskild, the necrology of Lund, the register of gifts to the cloister of Sora, are not literature. Neither are the half-mythological genealogies of kings; and besides, the mass of these, though doubtless based on older verses that are lost, are not proved to be, as they stand, prior to Saxo. One man only, Saxo's elder contemporary, Sueno Aggonis, or Sweyn (Svend) Aageson, who wrote about 1185, shares or anticipates the credit of attempting a connected record. His brief draft of annals is written in rough mediocre Latin. It names but a few of the kings recorded by Saxo, and tells little that Saxo does not. Yet there is a certain link between the two writers. Sweyn speaks of Saxo with respect; he not obscurely leaves him the task of filling up his omissions. Both writers, servants of the brilliant Bishop Absalon, and probably set by him upon their task, proceed, like Geoffrey of Monmouth, by gathering and editing mythical matter. This they more or less embroider, and arrive in due course insensibly at actual history.
Autor/in