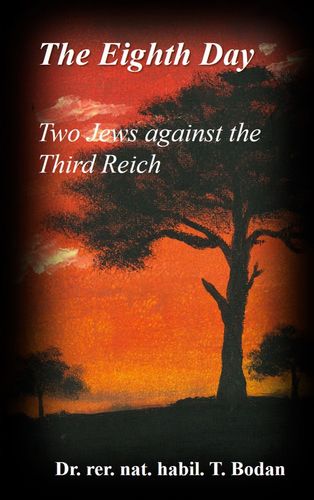 The Eighth Day - Two Jews against The Third Reich

Holocaust, the World's Biggest Mysteries and the other Final Solution

Mehr erfahren
Beschreibung
Can it be that an old box of papers from over 80 years ago, hidden for more than half a century in the attic of a godforsaken old house in east Germany contained all the necessary hints to find the "World Formula" or "Theory of Everything"?
Can it be that these papers originally belonged to two Jews, father and son, who were killed by the Nazis during the Second World War?
Two Jews, who had already been about to find the "Holy Grail of Science" long before others even thought about this problem. But then, briefly before they could finish their work, had been gasified - like so many others - in Auschwitz.
A story by far too horrifying and fascinating to be true?
And yet here it is: a book which brings the two things together, the story of the two Jews and the derivation of the "World Formula"...
Autor/in

The author is a natural scientist who deals with the World Formula and the Theory of Everything. He is also a loving father of a family trying to pass on as much as possible to his children so that they are able to form their own opinion and even better, to calculate it...