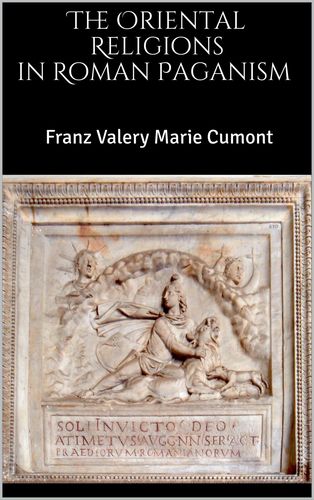 The Oriental Religions in Roman Paganism

Mehr erfahren
Beschreibung
We are fond of regarding ourselves as the heirs of Rome, and we like to think that the Latin genius, after having absorbed the genius of Greece, held an intellectual and moral supremacy in the ancient world similar to the one Europe now maintains, and that the culture of the peoples that lived under the authority of the Cæsars was stamped forever by their strong touch. It is difficult to forget the present entirely and to renounce aristocratic pretensions. We find it hard to believe that the Orient has not always lived, to some extent, in the state of humiliation from which it is now slowly emerging, and we are inclined to ascribe to the ancient inhabitants of Smyrna, Beirut or Alexandria the faults with which the Levantines of today are being reproached. The growing influence of the Orientals that accompanied the decline of the empire has frequently been considered a morbid phenomenon and a symptom of the slow decomposition of the ancient world. Even Renan does not seem to have been sufficiently free from an old prejudice when he wrote on this subject: "That the oldest and most worn out civilization should by its corruption subjugate the younger was inevitable."

But if we calmly consider the real facts, avoiding the optical illusion that makes things in our immediate vicinity look larger, we shall form a quite different opinion. It is beyond all dispute that Rome found the point of support of its military power in the Occident. The legions from the Danube and the Rhine were always braver, stronger and better disciplined than those from the Euphrates and the Nile. But it is in the Orient, especially in these countries of "old civilization," that we must look for industry and riches, for technical ability and artistic productions, as well as for intelligence and science, even before Constantine made it the center of political power.
Autor/in