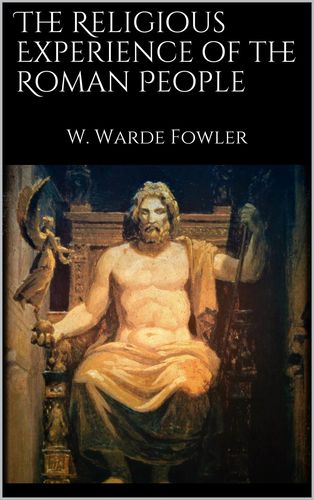 The Religious Experience of the Roman People

Mehr erfahren
Beschreibung
I was invited to prepare these lectures, on Lord Gifford's foundation, as one who has made a special study of the religious ideas and practice of the Roman people. So far as I know, the subject has not been touched upon as yet by any Gifford lecturer. We are in these days interested in every form of religion, from the most rudimentary to the most highly developed; from the ideas of the aborigines of Australia, which have now become the common property of anthropologists, to the ethical and spiritual religions of civilised man. Yet it is remarkable how few students of the history of religion, apart from one or two specialists, have been able to find anything instructive in the religion of the Romans-of the Romans, I mean, as distinguished from that vast collection of races and nationalities which eventually came to be called by the name of Rome. At the Congress for the History of Religions held at Oxford in 1908, out of scores of papers read and offered, not more than one or two even touched on the early religious ideas of the most practical and powerful people that the world has ever known.
Autor/in