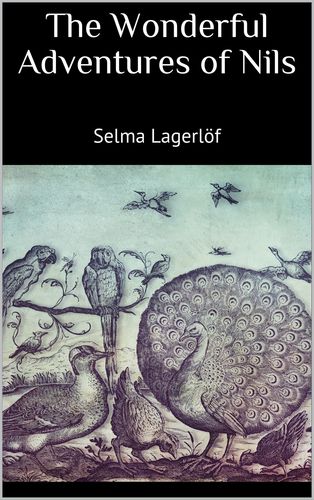 The Wonderful Adventures of Nils

Mehr erfahren
Beschreibung
Once there was a boy. He was-let us say-something like fourteen years old; long and loose-jointed and towheaded. He wasn't good for much, that boy. His chief delight was to eat and sleep; and after that-he liked best to make mischief.
It was a Sunday morning and the boy's parents were getting ready to go to church. The boy sat on the edge of the table, in his shirt sleeves, and thought how lucky it was that both father and mother were going away, and the coast would be clear for a couple of hours. "Good! Now I can take down pop's gun and fire off a shot, without anybody's meddling interference," he said to himself.
But it was almost as if father should have guessed the boy's thoughts, for just as he was on the threshold-ready to start-he stopped short, and turned toward the boy. "Since you won't come to church with mother and me," he said, "the least you can do, is to read the service at home. Will you promise to do so?" "Yes," said the boy, "that I can do easy enough." And he thought, of course, that he wouldn't read any more than he felt like reading.
Autor/in