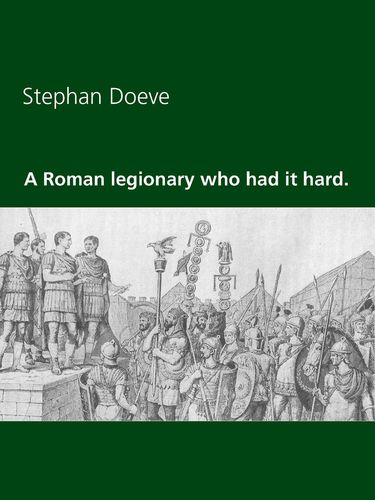 A Roman legionary who had it hard.

Mehr erfahren
Beschreibung
What was life like in a Roman legionary camp in Germania?

What was the role of a Roman legionary, if he was not on a campaign?

A small historical review the background of this story.

Between 121/122 AD visited the Roman Emperor Hadrian, the 117 came to the throne, the low Germanic town of Xanten with the intention to relocate there II stationed in Castra Vetera Legion VI Victrix to Britain. There on the border of present-day Scotland (Caledonia), a bulwark of the West Coast was built to the east coast to the non-subject Caledonians.

Britain had been conquered 43 AD during the reign of Emperor Claudius. Altogether 40,000 Roman soldiers and "foreign" auxiliary troops took part in the great invasion part.

The person of the Roman legionary Lucius Manus Acutus is fictitious. He is supposed to represent, among others, the bearing life of a Roman legionary in the imperial period.
Roman legionary in the empire:
Service time: 25 years
Three times a month, a march complete with all the equipment and weapons of more than 40 kg body. The thirty kilometer route had to be done on foot in five hours.