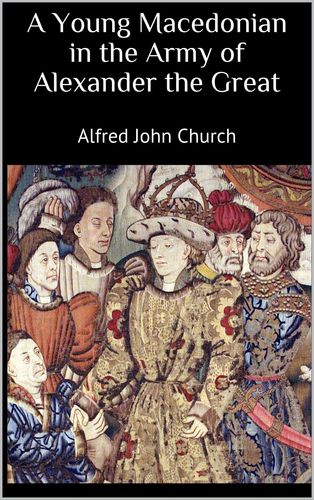 A Young Macedonian in the Army of Alexander the Great

Mehr erfahren
Beschreibung
The "Boys Foot-race" at the great games of Olympia, celebrated now for the one hundred and eleventh time since the epoch of Coroebus, has just been run, and the victor is about to receive his crown of wild olive. The herald proclaims with a loud voice, "Charidemus, son of Callicles of Argos, come forward, and receive your prize!" A lad, who might have been thought to number seventeen or eighteen summers, so tall and well grown was he, but who had really only just completed his fifteenth year, stepped forward. His face was less regularly handsome than those of the very finest Greek type, for the nose was more arched, the chin more strongly marked, and the forehead more square, than a sculptor would have made them in moulding a boy Apollo; still the young Charidemus had a singularly winning appearance, especially now that a smile shone out of his frank blue eyes and parted lips, lips that were neither so full as to be sensual, nor so thin as to be cruel. The dark chestnut curls fell clustering about his neck, for the Greek boy was not cropped in the terrier fashion of his English successor, and the ruddy brown of his clear complexion showed a health nurtured by clean living and exercise. A hum of applause greeted the young athlete, for he had many friends among the young and old of Argos, and he was remarkable for the worth that-
"appears with brighter shine
When lodged within a worthy shrine"
-a charm which commends itself greatly to the multitude.
Autor/in