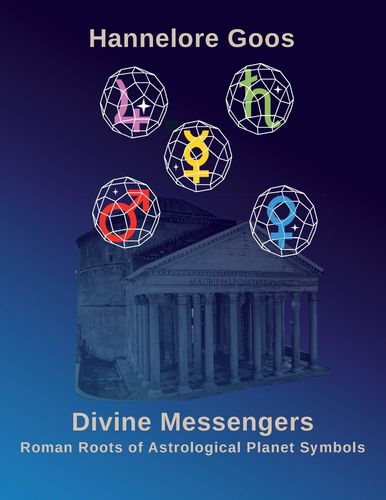 Mehr erfahren
Beschreibung
In western astrology we use of course Roman names for the planetary symbols; but when you look on the mythological explanations, you usually get Greek mythology to explain them. Doesn't count: NOMEN EST OMEN ?

Searching the mythological rests of the original deities Mercury, Venus, Mars, Jupiter and Saturnus it was necessesary to dive deeply into the history of theology because the well-known literates like Ovid, Virgil and Lucretius preferred to retell Greek myths instead of preserving their own roots. In the last centuries (until about 1900) these authors werde taken as sources for theological research and there was no discrimination between literature/poetry and original italic tradition. Perspective and moral view of the 19th century added more misinterpretations and made the knowledge of Roman religion almost vanish.

Existing rests are collected in this book and compared with the actual astrological symbols. So the reader can recognize how much of Roman ideas can be found in the planetary symbols nowadays. Simultaneously new points of view are opened for the interpretation of Mercury, Venus, Mars, Jupiter and Saturn.
Autor/in