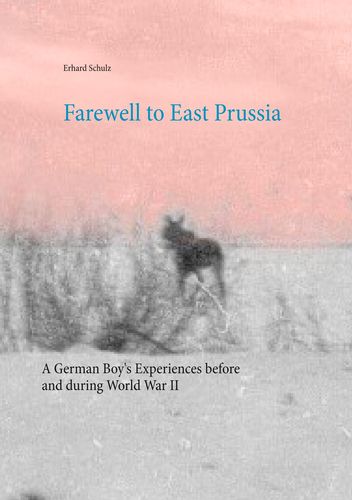 A German Boy's Experiences before and during World War II

Mehr erfahren
Beschreibung
The author describes his childhood on his parents' farm in East Prussia and the first school years in Erlenrode und Kuckerneese.
The Second World War changes people's lives. As an eleven-year-old boy, along with his mother and two brothers, he experiences the Great Trek on a horse-drawn harvest wagon. It starts in October 1944 and ends six months later in April 1945, after a drive of more than 750 miles through East Prussia, West Prussia, Pomerania, Mecklenburg, and Lower Saxony to Sievershausen near Hannover, Germany. The stages of their struggle and their encounters along the way are depicted with remarkable honesty. Many striking details, often strange and unimaginable, sometimes touching to the heart, are included.
Autor/in

Dr. ORTRUN SCHULZ, born 1960 in Hannover, Germany. Master of Arts in Philosophy and English Linguistics 1986, PhD in Philosophy 1993. From 1992 to 2005 associate editor of Schopenhauer-Jahrbuch. Private research and various publications.