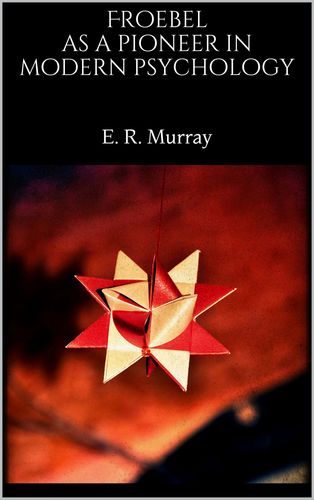 Froebel as a pioneer in modern psychology

Mehr erfahren
Beschreibung
The purpose of this little book is to show that Froebel?s educational theories were based on psychological views of a type much more modern than is at all generally understood. It is frequently stated that Froebel's psychology is conspicuous by its absence, but in a somewhat close study of Froebel's writings I have been again and again surprised to find how much Froebel seems to have anticipated modern psychology.
A probable reason for the overlooking of so much sound psychological truth is to be found in the fact that much of it is obscured by details which seem to us trivial, but which Froebel meant as applications of the theories he was endeavouring to make clear to minds not only innocent of, but incapable of, psychology.
Most educationists have read "The Education of Man," but few outside the Kindergarten world are likely to have bestowed much thought on Froebel's later writings. It is in these, however, that we see Froebel watching with earnest attention that earliest mental development which is now regarded as a distinct chapter in mental science, but which was then largely if not entirely ignored.
With the same spirit of inquiry and the same field for investigation-for children acted and thought then as they act and think now-it is only natural that Froebel should have made at least some of the same discoveries as the genetic psychologist of today.
Autor/in