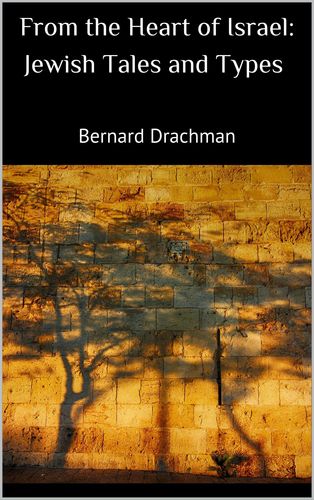 From the Heart of Israel: Jewish Tales and Types

Mehr erfahren
Beschreibung
"Is Saul also among the prophets?" With my mental ear I hear thus exclaim those in whose view the teller of tales stands immeasurably higher than the rabbi, minister, preacher, scholar, or whatever else may be called he whose vocation it is to disseminate Hebrew religion and wisdom, when they see that one of the latter class has dared to intrude among those who take fiction as their exclusive and legitimate field, and has also ventured before the public with a book of tales. "What would the priest in the house of graves (cemetery)?" I hear, on the other hand, indignantly ask those who deem the wisdom of the Torah alone worthy of attention, and who think it degradation and sin to turn away even for a moment from the study and the teaching of Holy Writ and the words of the sages to waste time with the telling of empty tales. Both agree in their application to the present case of the Latin and English proverb " Ne sutor ultra crepidam "("Let the shoemaker stick to his last"); and that they are not right is not for the one who is responsible for the present effort to say, but must be left to the decision of an impartial public, which will not fail to tell truthfully whether it has found aught of pleasure or profit in the stories of Jewish life hereinafter contained. But it may be permitted to the writer to say that, in his humble opinion, both of the criticisms quoted above are based on erroneous conceptions. The telling of tales is neither independent of nor contradictory to the Torah; that is to say, it may be a most excellent method of inculcating pure and noble lessons, and has always been used for such purpose by the great teachers in Israel.
Autor/in