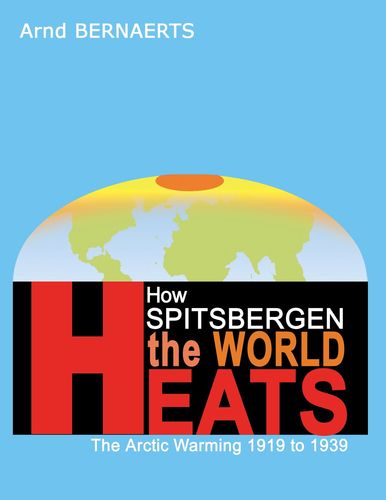 How Spitsbergen Heats The World

Mehr erfahren
Beschreibung
The ice in the polar region is melting away at an unprecedented speed during the last decade. Is the Arctic screaming? Is a tipping point reached? Is the ice melting apocalyptic? Indeed, during the last 150 years the sea ice retreat has never been as severe as in recent years. But, what is the cause? Was the current warming set in motion by the early Arctic warming which started since the late 1910s, and lasted from 1919 to 1939?

The book will provide astonishing, but important answers. Actually, the extraordinary warming in the polar region, since 1919, was not an Arctic, but a Spitsbergen warming. The study shows that it is possible to set with precision the location and timing of the warming. Available information of the Arctic Ocean, Greenland, Iceland, North Europe, and Russia are analyzed in order to establish with accuracy, where and when the warming appeared, and by which magnitude. After all, the warming lasted for two decades and was in 1938 as high as currently. Thus, the investigation provides a unique picture on the knowledge about the Arctic impact on the climate.

Proper understanding of the early Arctic warming is not only a precondition to understand the reasons for the decreasing ice cover today, but to discuss the “why” of the previous event. At that time, precisely November 1918, World War I ended. For four years Europe was pound and shaken. The circumstances allow claiming an evident link between the naval war in Western Europe and the sudden warming at Spitsbergen.

This work elaborates historical and resent research papers comprehensively and discusses them in such detail that seems no longer possible to assume that the earlier Arctic warming is due to “natural variability”. Calling the ice melting an: “Apocalypse Now”, should be met with reservation, as long as the first Arctic warming from 1919 to 1939 is not thoroughly understood. With the material and information presented, the climate change debate will be enhanced with astonishing new aspects.

The author trained as seaman and served as ship master before becoming a jurist, lawyer, and an international consultant. The theme related website is: www.arctic-warming.com.

Doctor of Law (Dr. jur.) was a seaman, ship's officer and ship master on general cargo vessels, before he became a lawyer, advocate and international consultant.