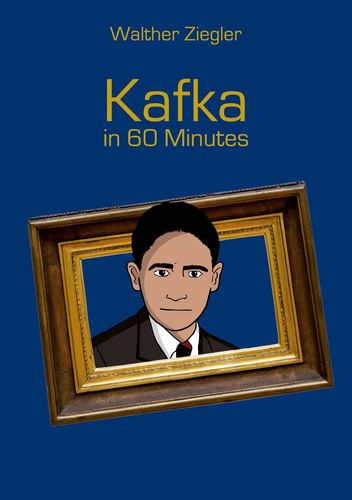 Mehr erfahren
Beschreibung
Kafka is surely the most widely read, worldwide, of all German-language authors. We owe to him not just a compelling part of the global literary heritage but also a profound philosophical discovery. He has succeeded in grasping like no other writer the radical dependency, for his very being, of Man upon Man: "(We) are tied together by ropes," writes Kafka, "and it's bad enough when the ropes around an individual loosen and he drops somewhat lower than the others into empty space; ghastly when the ropes break and he falls." His stories allow us profound insight into the abysmal depths of interpersonal relations and into their fundamental structure: an insight from which no one can turn away. Even if in our actual lives we do not find ourselves turned into a giant beetle or suddenly condemned to drowning by our own father, we somehow feel, as readers, the force of these excommunications. Kafka was fully aware of the cathartic effect of his books: "A book must be the axe for the frozen sea inside us". Here, Kafka's philosophical truth is revealed using five selected short stories, novellas and novels from his body of work. What does his protagonists' fate consist in? On what do they always founder and fail? Is there some recurrent or constant reason for this failure? How is it that we seem to recognize all this so well from our dreams or even our real experiences? Could it be that Kafka provides us, in the end, with a key to the understanding of the basic structure of interpersonal relations? The book contains over a hundred quotations from Kafka's best-known works. It appears as part of the popular series "Great Thinkers in 60 Minutes".
Autor/in

Dr Walther Ziegler is academically trained in the fields of philosophy, history and political science. As a foreign correspondent, reporter and newsroom coordinator for the German TV station ProSieben he has produced films on every continent. His news reports have won several prizes and awards. He has also authored numerous books in the field of philosophy. His many years of experience as a journalist mean that he is able to present the complex ideas of the great philosophers in a way that is both engaging and very clear. Since 2007 he has also been active as a teacher and trainer of young TV journalists in Munich, holding the post of Academic Director at the Media Academy, a University of Applied Sciences that offers film and TV courses at its base directly on the site of the major European film production company Bavaria Film. After the huge success of the book series "Great thinkers in 60 Minutes", he works as a freelance writer and philosopher.