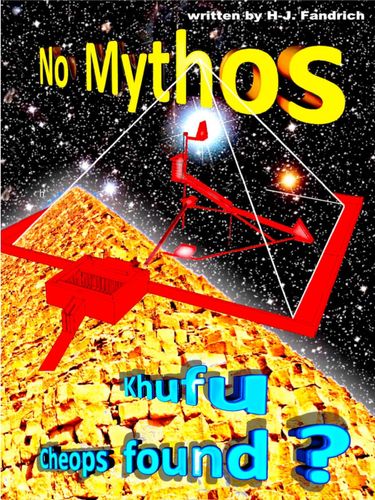 No Mythos… A New Study of the Great Pyramid

Mehr erfahren
Beschreibung
"Cheops found ?: No Mythos... everything was above board !

Cheops has been lying in the pyramid waiting to be discovered for 4.600 years. We can change this ! Will you come with us ?

Reconstruction of sealed shafts and chambers. Explained, step-by-step, with hundreds of perspective figures and images. Even today, lots of proof and evidence can still be found in the pyramid.

…the Procession Gallery. A worthy funerary path,
…the Khufu shaft Onwards into the lift shaft.
... the Khufu chamber Khufu will be found here!!


Furthermore,the functions of the rooms and chambers are different than previously thought :

The Pyramid of Cheops... a high-security wing !!


The Egyptian master builders solved all problems and thus brought about “the Wonder of the Ancient World” with a pile of stones, some beams, a little metal, reasonable ropes, some water and plenty of common sense.


Reconstructive Archaeology : A New Study of the Great Pyramid...

...how did Khufu enter the pyramid ?
...what happened to Khufu ?
...where was the funerary path ?

The reconstructions... Can it be proven ? I think so :
Look at the Layout plan… all reconstructions at a glance :
...incl. list of evidence for the existence of the Khufu Chamber

You can visit him at any time...