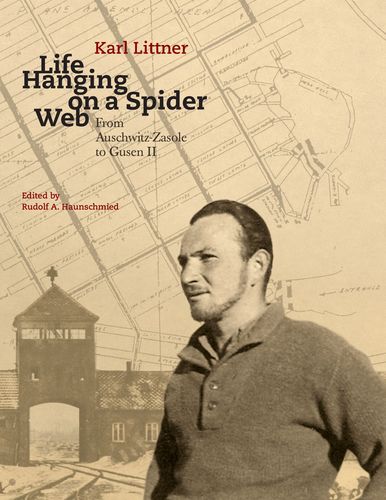 Life Hanging on a Spider Web

From Auschwitz-Zasole to Gusen II

Mehr erfahren
Beschreibung
With his very personal memoirs, Karl Littner - a Jewish boy from Auschwitz-Zasole - gives insight into Jewish life and anti-Semitism in his hometown Oswiecim - Oshpitzin - Auschwitz, Poland before the Second World War.
Along with his odyssey, he gives details about some not so well known German forced labor camps like ZAL Raupenau-Kotzenau, Hermannsdorf, Gross Masselwitz, or Grünberg which he passed through in the years 1941 to 1943 via Transfer Camp Sosnowitz (Sosnowiec).
He offers his very personal experiences about the difficult life and the systematic terror of the SS and its helpers against Jewish families in Ghetto Sosnowitz/Srodula before he managed to survive Concentration Camp Auschwitz-Birkenau and Gross-Rosen-Fünfteichen by being sent to Concentration Camp Mauthausen-Gusen II, where he was near his end in the huge underground aircraft plant "Bergkristall"at St. Georgen/Gusen.
Although his new life began with the liberation from Nazi terror in Concentration Camp Gusen II, Karl Littner describes also the difficult way back into ordinary life. His path to success led him with his German wife Miriam via Straubing and Tel Aviv to Chicago and finally Los Angeles.
Autor/in

Rudolf A. Haunschmied grew up and lived in the St. Georgen-Gusen-Mauthausen area. Even as a youngster he researched the "lost" history of that area. In 1986 he became a founding member of Arbeitskreis für Heimat-, Denkmal- und Geschichtspflege St. Georgen (AHDG) which gave the Gusen Memorial Committee (GMC) a home until January 2008, when he was again among the founding members of the now independent GMC. In 1989 he published the first history of Complex St. Georgen-Gusen-Mauthausen. He led excursions to the remnants of the camps as well as study circles for years and advises students and researchers. With Pierre Serge Choumoff, he organized the first international commemoration at Gusen in 1995 and founded the Gusen related website www.gusen.org in 1997. He was member of "Reforminitiative Mauthausen" at the Interior Ministery in 2000 and contributed to Audiowalk Gusen (www.audiowalk.gusen.org) in 2007. He also contributed to many documentations on radio and TV and successfully requested the opening of the former "Bergkristall" tunnels to the public and the protection of some last remnants of CC Gusen in Langenstein.