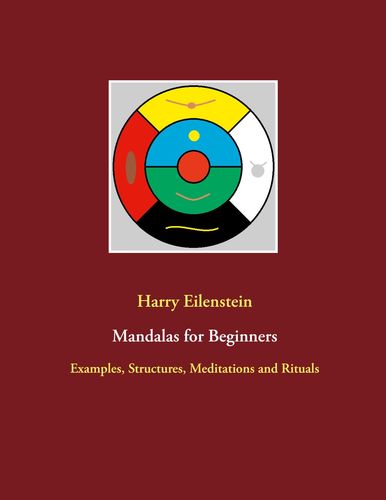 Mehr erfahren
Beschreibung
Mandalas are concentric and symmetrical diagrams. They are a map of the inner structure of the world and also of the dynamics of development in it.
They can be very simple like the circle of the four elements with the quintessence in their center, but they can also be very complex with many rings, transitions, directions and a center.

Sometimes mandalas are also depicted as a city on a hill, through which one can reach the center by various paths, climbing stairs and passing through gates, where one is tested by guards, has to dare a transformation, meets unknown beings, and so on.

These mandalas also serve to order the world, but their greatest benefit is their healing capacity, because with their help one can explore one's own psyche, find in them one's own power animal, power plant and power stone, meet one's own soul, recognize one's own patron deity ... and much more ...

The journey into a mandala can be a great adventure, by which one is greatly enriched.
Autor/in

I was born in 1956 and have been intensively involved in magic, religion, meditation, astrology, psychology and related subjects for 45 years now. Meanwhile I have written about 190 books and about 50 articles for various magazines.
Since 2007, I have expanded my decades-long avocation and am now a full-time life coach. This includes the actual consultations, but also the interpretation of horoscopes, healings, rituals, sweat lodges, firewalkings, help with haunted houses and other "magical problems", training in meditation and Feng Shui and much more. On my website www.HarryEilenstein.de you can find some of my articles and also a detailed curriculum vitae.