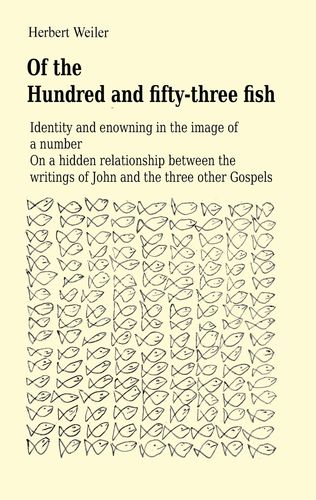 Of the Hundred and fifty-three fish

Mehr erfahren
Beschreibung
The number 153, which is mentioned in the Gospel of John as the
number of fish caught at the nocturnal fishing on Lake Tiberias
appears as significant as it is mysterious.

Also the richness of its mathematical relations - it yields, e.g., the
addition series or the triangular number of the seventeen, which is mentioned in the Mosaic writings quite often, and it represents the first Armstrong number - cannot explain the peculiar way of its mention: it stands alone, without further indication of measure as is the case with other numbers.
It is mentioned without any further arithmetical or narrative context; it appears like a statement that contains a special but hidden meaning.

The work traces the meaning of the number on the basis of the Hebrew etymology.
In the process, a hitherto unknown relation of this number to the
story of camel and eye of a needle in the other three Gospels is revealed.
Autor/in