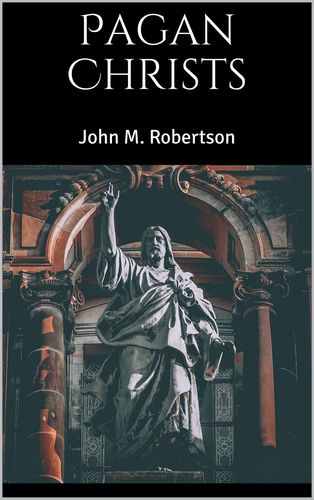 Mehr erfahren
Beschreibung
My purpose in grouping the four ensuing studies is to complement and complete the undertaking of a previous volume, entitled Christianity and Mythology. That was substantially a mythological analysis of the Christian system, introduced by a discussion of mythological principles in that particular connection and in general. The bulk of the present volume is substantially a synthesis of Christian origins, introduced by a discussion of the principles of hierology. Such discussion is still forced on sociology by the special pleaders of the prevailing religion. But the central matter of the book is its attempt to trace and synthesise the real lines of growth of the Christian cultus; and it challenges criticism above all by its theses-(1) that the gospel story of the Last Supper, Passion, Betrayal, Trial, Crucifixion, and Resurrection, is visibly a transcript of a Mystery Drama, and not originally a narrative; and (2) that that drama is demonstrably (as historic demonstration goes) a symbolic modification of an original rite of human sacrifice, of which it preserves certain verifiable details.
Autor/in